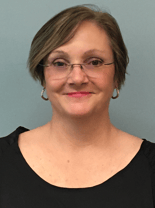 Brenda Drake is responsible for overseeing the business aspects of the company including the overall expansion into new geographic areas.   She has been involved in various business aspects of research since CMR’s predecessor,  Phoenix Internal Medicine Associates ventured into clinical research in late 2000.  She was involved in helping set up the personnel and operational infrastructure as research transitioned from a department of Phoenix to its own company—Chase Medical Research, LLC in 2006.
Brenda Drake was with Phoenix Internal Medicine Associates between December 1998 and December 2010 as the Practice Administrator and was responsible for enhancing the infrastructure of the practice, and was instrumental in overseeing the conversion to electronic medical records in 2002.

Before joining Phoenix, B. Drake was the Regional Executive Director of HealthHelp, a radiology managed care company for 1.5 years.  Between 1993 and 1997, she was the Director of Operations for HDI New England.  She was responsible for the day-to-day operations of the workers’ compensation program and overseeing the medical management, medical bill processing, provider relations, and information/reporting systems.  B. Drake was the Manager of Business Development at VHA of Southern New England, which spun off HDI of New England.

B. Drake joined the ITT Hartford, in 1987 and was involved in developing HMO and PPO contractual and joint venture relationships.  She left in 1992 to join VHA of Southern New England.  From 1985 to 1987 she was involved in the administration of a large, multi-specialty medical group practice.

B. Drake has a Bachelor of Science degree from the University of Connecticut and a Master of Business Administration degree with a concentration in health care management from Boston University.